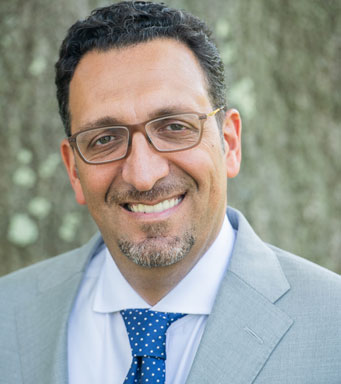 Matin Emouna is a founding partner at Emouna & Mikhail, P.C. Mr. Emouna is an experienced litigator specializing in all types of criminal law, commercial, business and personal injury matters.

Mr. Emouna also has significant experience with respect to real estate matters, including refinancing, purchase and sale of residential and commercial properties. Mr. Emouna is well known for his successful representation of developers, owners and managers in connection with their acquisition, sale, financing, joint-venturing and leasing of residential, shopping centers, mixed-use buildings, office buildings, apartment buildings and other commercial properties. Mr. Emouna’s wide-ranging experience, ability to negotiate persuasively and practical approach to resolving issues enables him to close difficult transactions efficiently and successfully.

Mr. Emouna is respected and well known by a great cross-section of the Bar and has a reputation of being the consummate deal maker. With his pragmatic approach to all legal representations, he is goal orientated and maintains his primary focus on providing his clients with superior protection while simultaneously being result oriented. With years of service, he continues to meet each client’s needs for timely, sophisticated and cost-effective legal advice.

Mr. Emouna has studied extensively oversees in France and Spain. He received his Bachelor of Science in Business Administration and Spanish from SUNY at Albany. He then obtained his Juris Doctor from Benjamin N. Cardozo School of Law, where he was a member of Moot Court Board.

Mr. Emouna is fluent in English, French, Spanish and Farsi.